The Federal Government will soon begin to issue certificate of safety to factories and workplaces, the Minister of Labour and Employment, Dr  Chris Ngige, has said.
The minister stated this on Monday while paying on-the-spot visit to the Inter Corp Limited gas plant owned by Chicason Group in Nnewi, Anambra State.
The minister said petrol stations and gas plants would also require a certificate of safety from the Department of Occupational Health and Safety (OHS) of the Ministry of Labour and Employment alongside the licence by the Department of Petroleum Resources (DPR).
“The DPR issuing licences for the building of petrol stations and gas plants is not enough. The department should also be issuing a safety certificate from the Federal Ministry of Labour and Employment.
“From now on, no DPR licence will be valid unless there is a certification from the ministry’s OSH department. The ministry is also planning monthly inspection of factories to ensure compliance. We can do that because we have offices in all the 36 states of the federation including Abuja,” he said.
The minister said the OSH department needed to be strengthened for it to ensure occupational safety in the workplace, assuring that the Nigeria Social Insurance Trust Fund (NSITF) and OSH would embark on aggressive factory inspection from the second quarter of the year.
“From the second quarter of 2016, the ministry would embark on aggressive factory regulation activities aimed at ensuring that factories are up to date on their responsibilities in terms of safety of workers. Both the NSITF and occupational safety and health department will enforce the laws guiding safety in the workplace,” he said.
The Managing Director of NSITF, Abubakar Munir, said every company that has workers on its payroll is expected to register such workers on the ECS.
“All firms and companies operating in Nigeria are expected to register its workers on the Employees Compensation Scheme (ECS). Those who are registering now will have to pay in arrears starting from July 2011 when the scheme started except new companies that started operation after that date,” he added.
In a related event, the Minister of State for Labour and Employment, James Ocholi has called on Resident Doctors to support the Federal Government’s efforts at ensuring industrial peace and harmony in the health sector.
The minister spoke when he received an award of ‘Ambassador of Conscience and Notary Personality’ from the Association of Resident Doctors, FCT chapter, in his office.
Ocholi reiterated the commitment of the administration of President Muhammadu Buhari to the promotion of decent employment and enhancement of welfare of the Nigerian workers.
Earlier, the President, Association of Resident Doctors of Nigeria, FCT chapter, Dr. Isaac Olubanjo Akere, urged him to use his legal background to discharge his responsibility as minister.
Culled from The Nation Newspaper
Posted by Unknown at 3:36:00 pm No comments:

Let's promote a positive safety culture in the workplace and the society at large...It's a joint responsibility. We can do it!
Posted by Unknown at 9:52:00 pm No comments: 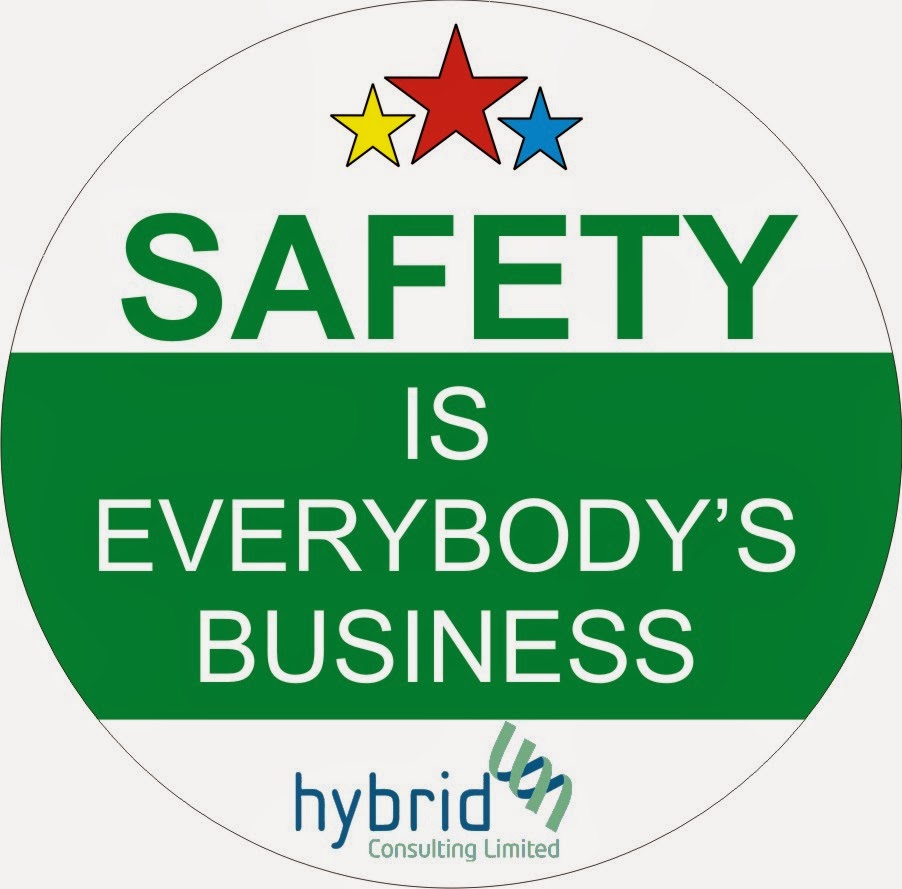 PPE at its BEST!

My desire is to see people live and work safely. This appears a simple goal to achieve; however, in my years of practice, I have seen that this is a very challenging goal for me to achieve. Nevertheless, i have resolutely decided to do this since i am convinced that this is the best GIFT i can give to mankind. Statistics about losses as a result of work, recreation and other human activities are unimaginable. Many have lost their lives and aspirations due to unsafe and at risk behaviours hence, the need for a paradigm shift and mental renovation in people. The truth is ‘accidents don’t just happen, they are caused.’
This blog is being created to provide a platform to helping people learn few tips of living and working safely. It will also serve to encourage people to consciously choose to be safe, in spite of the generalised and perceived opinions and beliefs on why accidents occur. Comments, questions and suggestions are therefore welcomed at every level to make this goal achievable.
If just one person changes through this medium and chooses to stay alive by living and working safely, then a lot would have been achieved in the society, especially in this part of the world.
Safety is possible! I believe it! I work it! I live it!
Welcome to safety, security and healthy environment.
Enjoy unequal PEACE!

What can go wrong?

4. When you think safety is not a priority

5. When you engage in unsafe acts.

6. When you expose yourself to hazardous materials.

7. When you take shortcuts.

8. When you are in a hurry to complete a task.

9. When you drive too fast for conditions.

10. When you refuse to use appropriate personal protective equipment (PPE).

Remember, accident is no respecter of persons! Make a choice for safety - always

This blog focuses on HSE topical issues and recommended solutions. It is an avenue to promote positive HSE culture.

"It Happened to Me!"

Dear readers,
This is a column created for us to share safety (occupational health, safety, security and environment) experiences that we have had or heard. A lot can be learnt from events that have happened in the past and these to a large extent may be the all important factor in saving some other people's lives. As the saying goes, 'the falling of a yellow leaf is a warning to the green ones' - (African proverb)
Let others learn from your experiences and not by it. We can make our world a safe place by simply telling our stories. You may keep your identity (if necessary), but share the experience so that we can learn the lessons.

Send your experiences to the blog administrator at dapo.omolade@gmail.com

Dear Readers,
This section will deal with safety nuggets, jokes and riddles. Watch out for the first sets before the end of the week. I assure you of quality and interesting piece to make your day and also keep you safe.
Entries and comments are welcome from all readers to achieve the goal.
'Remember, the life you save today may be your own'